I learned this weekend that a good friend had died. 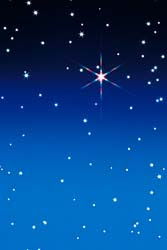 I met him about 12 years ago, and if there's one thing that could be said about him it's that he never met a stranger. From minute one he treated you like he'd known you forever. He was popular - everyone seemed to know him - yet he had a way of making you feel like you were very special to him. There was nothing at all phony about his warm nature - it was just the way he was. Genuinely kind, unpretentiously intelligent. He lit up a room, wherever he was. And he had such an infectious laugh ... :)

The Hub I are blessed to have many memories with him and his wife. Great days and nights on the lake. New Years Eve parties. Friends' weddings. A wonderful visit and generous gifts when our son was born. Movies. Dinners. Lots of laughs.

We'd spoken with him on the phone, what doesn't seem like too long ago. We'd discussed getting together for dinner again but didn't make any solid plans. When his wife called us this weekend and told us the news, we could barely believe it. We missed the funeral, we didn't know - but there were many people to contact during a time when good concentration was hardly possible. It's understandable.

It's still sinking in that he's not here anymore. And already the world is a dimmer place now.

Shine brightly in your new home, my friend. We'll miss you, more than words can say.

Oh Sis, I'm so very sorry for your loss.
My deepest sympathies.

I'm very sorry for the loss of your dear friend. -Many hugs

I am so sorry. That is so hard when you cannot go to the funeral.

I am so sorry for this loss of such a special friend. You have had more than your share of losses!

Hugs from me to you!

It's always a sad day when the world loses a person like your friend, buddy.

My thoughts are with you and your husband....and your friend's wife.