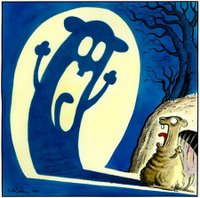 In celebration of this special day (it's a "secret" as to why it's so special to me ;D), I thought I’d share a little bit of useless knowledge – my specialty.

When German settlers arrived in America in the 1700s, they brought a tradition known as Candlemas Day, which has an early origin in the pagan celebration of Imbolc. It came at the mid-point between the Winter Solstice and the Spring Equinox. Superstition held that if the weather was fair, the second half of Winter would be stormy and cold.

For the early Christians in Europe, it was the custom on Candlemas Day for clergy to bless candles and distribute them to the people in the dark of Winter. A lighted candle was placed in each window of the home. The day's weather continued to be important. If the sun came out February 2, halfway between Winter and Spring, it meant six more weeks of wintry weather.

According to old English Saying:

If Candlemas be fair and bright,
Winter has another flight.
If Candlemas brings clouds and rain,
Winter will not come again.

And the German’s spin:

The shadow-spotting tradition is also rooted in Germany, with the castor being a badger. The earliest American reference to Groundhog Day was in 1831, Morgantown, PA, but observations as we know them today began on February 2nd, 1886 with a proclamation in The Punxsutawney Spirit by the newspaper's editor, Clymer Freas: "Today is groundhog day and up to the time of going to press the beast has not seen its shadow." The groundhog was given the name "Punxsutawney Phil''. His debut performance: no shadow - early Spring.

Now, go forth and dazzle your friends with your wealth of Groundhog Day trivia! Don’t you guys get too crazy now. I know it’s an exciting holiday and we all tend to overdo it.

The sad thing is I'm such a geek I will be doing my best to dazzle people with this bit of trivia.

But actually, it IS interesting.

gawd you're deep.
and all I did was pop "groundhog day" into the player this morning for the kids....they laughed their butts off at Bill Murray before heading out to school.
wish I were smart like you....

I was going to write about this today, but I think I'll just refer people to your blog......versus stealing it and making it my own : -)

Aren't you the lucky one? Getting to share your day with the great punxsutawney phil! Wooohoo!

Clew, it was very nice of you to follow the bread crumbs from Martie's Blog to mine.

I take it that you share your birthday with Punxsutawney Phil's big day.

I hope you stopped by the previous posts, to see the Animal in your Heart with the Chinese Zodiac, while you were there. I can guarantee that it is not a Groundhog.

Forget whether Phil saw his shadow or not. Did YOU see your shadow? I think that's what we should go by!

I read that German stuff somewhere else today too...birthday? It's your birthday?

I heard Phil did see his shadow. What is going on? Did he or didn't he?

Those wacky Germans...they think of everything!

is there anything you don't know? :)

I love historical stories. :) Thanks for sharing.