So Much to Do

So, it's Friday and there's pretty much nothing going on. I thought you'd all love to hear all about it.

Actually there are things going on in a little while - just not right now. Those who read my last post will remember we've been looking for some fun and schedually doable activities to get the boy into. Barring the fabulous suggestion by Coffeypot to get him involved in some potentially lucrative purse snatching, tonight we're taking Incrediboy and we're all going to sit in and observe a karate class at the local dojo. I talked to the Sensei last weekend and really liked his approach and philosophy toward martial arts training for the younger kids - focusing more on development of the individual and their self-confidence, positive attitude and focus, rather than scrambling from one belt to the next. A new beginners' class is starting up next friday, and he invited us to come observe tonight's class and talk to some of the other parents and students - so we are. Then tomorrow morning we have a meet-and-greet for flag football, with the first game scheduled for next Saturday.

Incrediboy is so excited for both of these things he's about to lose his mind. The Hub and I are excited, too. :) This will be enough for now ... and as for soccer, the people organizing the flag football also do soccer in the fall, so I'll be updated on that accordingly. Yay!

I had to go see my doc today about some stupid thing I'm not even going to get into, and he wanted to remind me that since I'd reached a certain milestone birthday recently that I should really make an appointment for a complete physical. As you can imagine, I was so anxious to tend to all THAT entails that I made my appointment right away. (NOT.) Ugh. But NOW, see, I'm on their radar screen. DAGNABBIT! What a drag it is getting old.

I'm really trying to figure out how to work my bellydancing classes back in. I quit going a while back mainly due to gas being so expensive. I have to drive about 30 miles one way from the BFE homestead to the class, and so despite the incredibly affordable price of $5 a session, each class was costing me roughly $60 to $100 a month after you factored in the fuel. Now that gas is back down I'd love to get back there, but now I'm out of the habit. The belly classes are Tuesday nights and Sunday afternoons ... The Tuesday classes pretty much kill my whole night and any time I can spend with Incrediboy for the day, but then when Sunday rolls around I really just feel like sitting on my big arse instead of straining my rock solid abdominals inbetween half-hour car drives. I'm so freaking lazy, right? But man, I'm telling you, I love bellydancing SO MUCH. I really miss it. I have DVDs but it's not as fun as a class.

So apparently in a few short years I've gone from a very inspired creative writing blogger who samba'ed daily with the muses, to this boring person who talks about her kid's sports and visits to the doctor. I even bore MYSELF to tears! So if you're still here hanging out with me, let me just say, I LOVE YOU, MAN!

Have a great weekend.

The Challenge of Sports

So we've been looking to get Incrediboy into some youth sports to see which he develops a liking toward. I'm a firm believer that getting your kids involved in positive activities - like sports, music, church groups, scouting, etc. - will help keep them out of trouble with negative activities both now and later. And the way the athletic community is today, you can't wait to choose a sport until you're in high school or even junior high - because everyone else has already been playing since they were 5 and will blow you out of any sort of competitive chance.

There are two main problems in this quest. Number one is we live in the middle of what is affectionately known as BF Egypt. The Big City has lots of alternatives, but it's a really big haul to do several times a week, running back and forth from work to home, home to practice or games, and back home again in a constant rush, not having time to eat or anything. I don't think that's a good atmosphere for any of us. Too much stress!

This leads me into the second main problem. The Little City, which would be WAY easier for us to run to, has all kinds of cool things offered through their parks and recreation department - including summer survey camps where kids are introduced to several sports and can get a little taste of each one. That is PERFECT!

Except that it's only offered 9am - noon during the week.

Apparently if you need to work for a living, you have no interest in developing your kid's involvement in organized sports. I ran into the same problem when trying to find a Mommy & Me class when he was a toddler. It's infuriating.

Incrediboy is in constant motion - knowing how he is, we are confident that he wouldn't take to baseball/softball/teeball, considering all the waiting/standing around/downtime there is between individual action. I recently signed him up for flag football, which starts in a few weeks ... he's excited, but we want to expose him to more sports than just that. He's also expressed an interest in soccer, but naturally the convenient spring league for us has their game schedule at the EXACT same time as flag football. What do you know. I've signed up for updates on the fall league, but I was pretty disappointed.

Karate/Tae Kwon Do are a possibility ... I remember when I was growing up, the kids who took karate were kind of made fun of ... but maybe it's not like that anymore.

The most recent brilliant idea we came up with is wrestling. From the time Incrediboy could crawl, he's enjoyed rigorous wrestling matches with Daddy and me in the intimidating ring of our living room area rug. He's actually developed some great balance and strength skills, and getting into a youth wrestling group would be a place where we feel he'd really blossom. Unfortunately, the only thing I've found thus far lists mainly clinics in the northern section of the state, and through one of the catholic schools in the Big City - both way too far for us to be practical.

So I'm trying to be proactive. While searching anything I can think of on line, I am contacting the webmasters and coaches for guidance and suggestions - I'm joining mailing lists and am keeping an eye on community papers. Still, I feel like I'm groping in the dark.

Sadly, I don't have many local friends with kids Incrediboy's age, so I don't really have any personal resources from which to glean advice. If y'all have any ideas or suggestions, please share.
Posted by clew on 3/21/2009 11:11:00 AM 4 comments:

I'm just the world's worst blogger these days, right? Well ... the thing is, nothing much is going on. And I'm sure you don't want to read about that, right? Oh, you do? Well, okay ... just don't say I didn't warn you.

The weekend with the girls was wonderful as always. A rather low-key affair - we hung out, worked on our scrapbooks, drank some booze and ate a bunch of food that was nowhere near being good for us. And we laughed. A lot. So it was a great time!

Since then, I can't seem to get my internal clock aligned. First of all, it was daylight savings time this weekend, so we were losing an hour. But we certainly weren't going to lose an hour of fun time! No sirree. It was deducted from sleep time. Of which there wasn't a whole hell of a lot to begin with since we stayed up till 4am giggling like idiots. I've been completely exhausted ever since. Not that it wasn't worth it. I'm just sayin'. My old body and brain don't fare as well with sleep deprivation as it used to - UGH! :)

I'm in week 4 of my get-ready-for-summer-no-matter-how-much-it-sucks diet. I didn't lose anything last week, but I didn't gain either. So considering how much I ate and drank with wild abandon with the girls, I'm okay with that. But much like sleeping, eating screwy can get me off whack for a long time. I was doing okay before, but now, all week I've been fighting the urge to just pull a chair up to the open fridge door and have a nosh mosh. *sigh*

I'm failing at the 365 book. I was sick with some kind of flu a few weeks ago and got out of the habit of taking pictures. Now I'm just shooting 2 or 3 to make up when I actually remember. Not how I wanted to do it. But I'm not giving up yet.

So are you on this Facebook bandwagon? My Blogarita girls are all on there and persuaded me to do it too. I signed up a while ago but hated it so much I blew it off for months. Lately I've been back on and am learning the ropes. I'm not really in love with it, and neither is Nellers. But considering everyone hangs there now, that kind of makes up for it for me. And I found a dear friend from high school on there (who now lives in SPAIN! How cool is that?) - so that's pretty cool to be back in touch with her. Don't tell Ches and Naive I am saying anything nice about Facebook, though - because they'll just say, "told ya so!"

I'm off to chill with Naive and Chesneygirl for the weekend!

We plan on just hanging out and scrapping, but as with all of our get-togethers, I'm expecting unexpected shenannigans as well. You never know what'll happen when we're together - other than laughing until we pee our pants. And what's more fun than that?

See y'all next week! 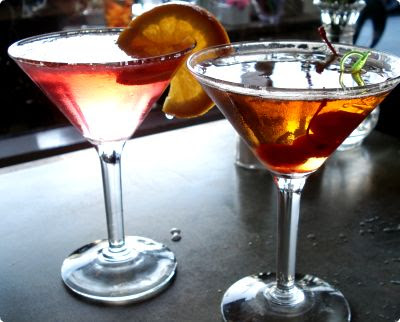