I called in sick that day about 12 years ago. I can’t remember now if I was really sick, or if I was just playing hooky. But I was loafing around at home on a work day, watching television when I normally wouldn’t be. That’s when I caught the video by a band I’d never heard of.

I remember I almost changed the channel. But I didn’t. When I heard the voice, I couldn’t. 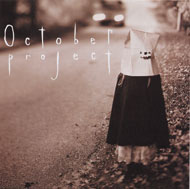 The song was called “Bury My Lovely”. The lyrics were sad – painfully lonely. Flavored with long-interred burden of the heart. Great suffering from a nonspecific trauma years in the past.

But the lyrics were only part of it. The music – migawd, the MUSIC. It derailed me.

I wrote the band’s name down.

About a week later, I just happened to see their debut album in a used CD bin while not even looking for them. I bought staying refuge that day for $4.95. Each cut is as divine as the last. Cascading piano, smooth percussion and ethereal vocals. Multilayered, haunting, exquisite vocals. Like bolts of warm silk sliding through my soul. 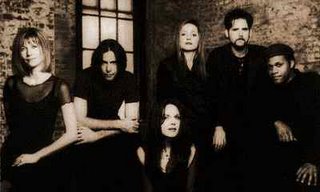 I’d never heard of October Project before that day that I wasn’t even supposed to be home, and have never seen that video since. They never made it big. I don’t know as I’ve met anyone else who’s ever even heard of them. No matter - To this day their debut release is one of my favorites - I can’t imagine my music collection without them. Many times I’ve built a haven for myself with these songs. Just me and the sweet serenade.

All pivotal on a chance channel flip, on a day I shouldn’t even have been home.

I was meant to find them.

Never heard of them...I'm gonna have to hear some of it.

Clew -
Now you KNOW how much I appreciate finding these obscure artists!!! I'm so excited - I'm totally going to Newbury Comics tomorrow to get their cd. I love, love love music and "discovering" new talent!!! Well, maybe they're not new - but they'll be new to me!!!

Ooooh, if you ever run across this in the bargain bin again, BUY ONE FOR ME.